Lägg till i din kalender

John L. Hennessey is a postdoctoral fellow at the Hugo Valentin Centre, Uppsala University. His dissertation, Rule by Association: Japan in the Global Trans-Imperial Culture, 1868-1912 (Linnaeus University, 2018), was shortlisted for the 2019 ICAS Dissertation Prize in Asian studies and received an honorable mention for the 2020 Walter Markov Prize in global history. His current research focuses on depictions of the Ainu people in Western race science between Japan’s Meiji Restoration (1868) and the Second World War.

Abstract
During the first decades of the twentieth century, when several variations of Darwinism or competing theories of evolution vied for supremacy in the Western scientific establishment, Italian zoologist Daniele Rosa proposed a radical new theory: hologenesis, or temporally concurrent, pan-terrestrial creation and evolution in response to primarily internal factors. Although quickly forgotten after the mid-century consensus around the modern synthesis combining Darwinism and Mendelian genetics, hologenesis was also widely ignored or rejected shortly after its publication, especially outside of Italy.

One important exception was Swiss-French racial anthropologist George Montandon, who eagerly embraced the theory and expanded its field of application in two long books and a bevy of scholarly and popular science articles. As an exceedingly productive and ambitious researcher who set his sights on top positions in the French academic establishment, Montandon’s deep investment in an obscure and unpopular theory is somewhat puzzling. Today, Montandon is best known for his virulent anti-Semitism and active collaboration with the Nazi occupation of France at the end of his career. To the extent it is discussed at all, his embrace of hologenesis is explained as a result of his racist outlook. Through a close reading of his research output, this paper explores his theoretical outlook and reasons for championing Rosa’s forgotten evolutionary theory. It argues that his motivation arose from a complex blend of reasons, including scientific and personal factors. Most importantly, Montandon’s adoption of hologenesis was strongly influenced by his early fieldwork with the Ainu of Hokkaido, which has been entirely overlooked in previous research. In contrast, Montandon’s later public anti-Semitism seems to have arisen more out of ambition and conscious cynical choices than as a natural extension of hologenesis.

The seminar is co-organised with the Hugo Valentin Center 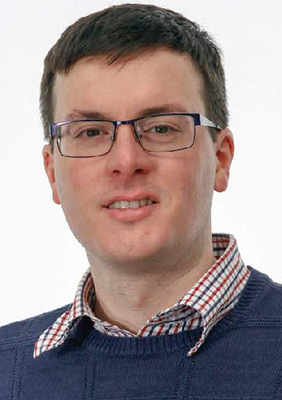