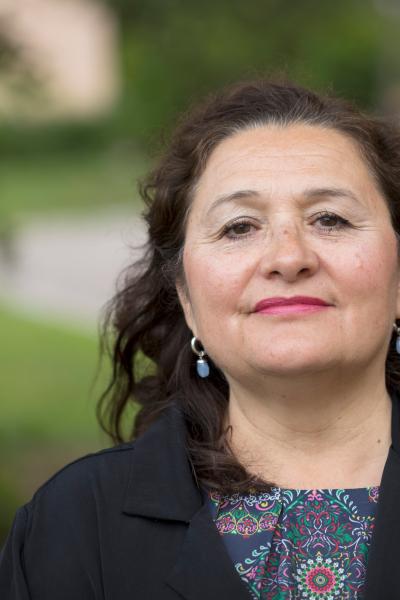 Irene Molina is Professor of Human Geography. Her research explores the city as a site for social power relations. Her specific interests include racialization and discrimination, as well as class, gender, and intersectionality. 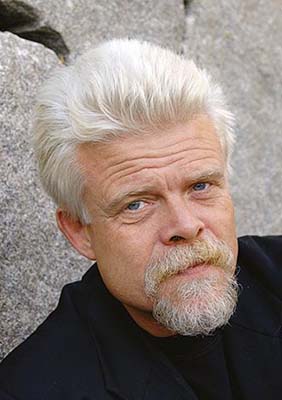 Mattias Gardell holds the Nathan Söderblom Chair of Comparative Religion. His research has explored the intersections of religion, politics, and racism within a variety of empirical fields. Gardell’s research interests include anti-Muslim racism (Islamophobia), occult fascism, political religion, the history of racism, and religion/racism/violence.

Project: Angry white men? A study of violent racism, the correlation between organized and unorganized (political) violent crime and the affective dimensions of ultranationalism. 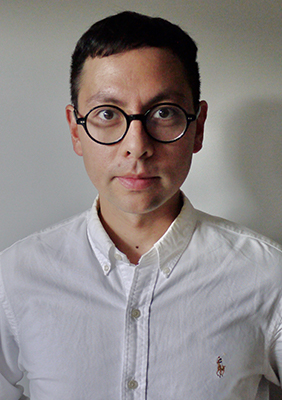 Researcher
Wrangel’s reserach interests centers on biopolitical security governance in and of liberal societies, with particular focus on the US security apparatus. His previous research has analysed how the experience of hope was used by the Obama administration’s strategic communication to pre-empt radicalization to violent extremism.

Project: (in collaboration with the University of Lapland, Finland): In his post-doctoral research project, The imaginative horizon of contemporary war: Neurobiology, AI and the US military, Claes studieis the US Department of Defense’ interest in and funding of the combined use of neurobiological research and AI-technology. Questions that the project seek to answer include: Which neurobiological processes does the US Department of Defense deem particularly dangerous? Which populations are perceived as particularly prone to develop a dangerous neurobioloigical composition, and how does the US military envision that AI-technology can identify and manipulate such neurological processes? 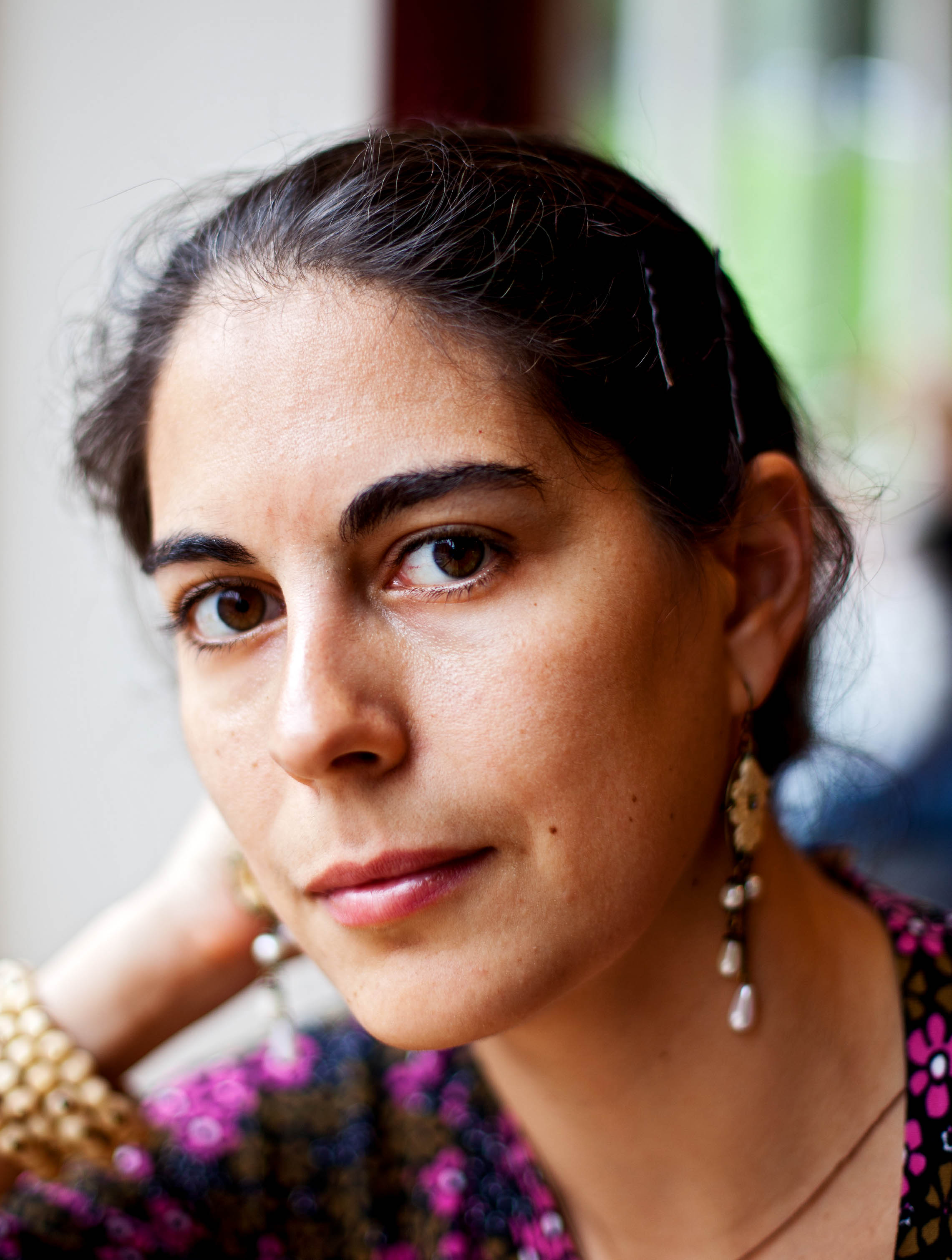 Patricia Lorenzoni holds a Ph.D. in History of ideas and is a research fellow at CEMFOR. Her research interests revolves around the relationship between racism and historical consciousness, and how historical continuities as well as discontinuities can be understood over longer periods of time.

In particular, she looks at the relation between modernity formation, coloniality and Christian expansion from both historical and contemporary perspective, with special focus on Brazil and indigeneity. 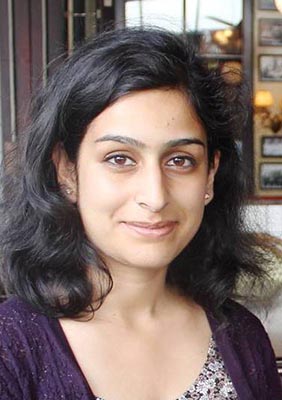 Mehek Muftee has analysed introduction programs for refugees undergoing resettlement to Sweden, examining, among other issues, how stereotypical ideas about women from the Horn of Africa are expressed in information and interaction between government officials and participants in the programs. 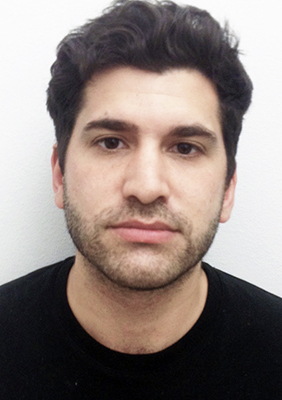 Daniel Strand ​has a Ph.D. in History of Ideas. He defended his dissertation No alternatives. The end of ideology in the 1950s and the post-political world of the 1990s in 2016 at Stockholm University. His research interests include political theory, postcolonial theory and history theory.

Project: Together with archaeologist Anna Källén and literary scholar Andreas Nyblom, he is active in the research project "Code, Narrative, History: Contemporary Creation of Ancient DNA", which investigates contemporary archaeological research in Sweden, France and the United Kingdom. 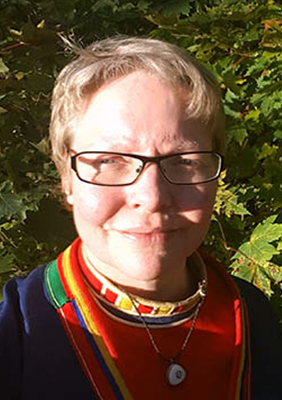 May-Britt Öhman has a PhD in History of Technology (KTH, 2007), and is a Lule/Forest Sámi from Lule River/Julevädno. For a decade, she has been active in various Sámi associations: board member of Silbonah Sámesijdda since 2011, board member of the Swedish National Saami Association 2011–2015, and deputy member of the Sámi Parliament 2013–2017.

Öhman is also board member and one of the founders of UPPSAM – the association for Sámi related research in Uppsala.

Her research focus is on large technical systems, hydropower, water resources, energy production/consumtion, mines, environment, risk and safety, decolonisation and healing from colonial traumas, Feminist Technoscience and Indigenous Methodologies/Theories. Geographical focus is on Sábme and comparative studies with other Indigenous territories around the world. 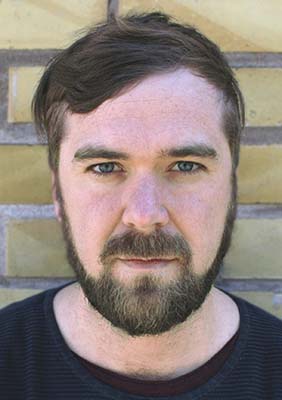 Tomas Lundström is Doctoral student and for his Thesis project he elucidates ideological production, and meanings of religion, within the Swedish radical nationalist milieu. 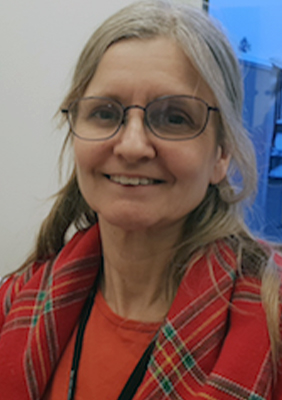 Gunilla Larsson, is Ph D in Archaeology. Her thesis was “Ship and Society. Maritime Ideology in Late Iron Age Sweden”. She has been research leader in projects related to boatbuilding, seafaring and society, as well as Forest Sámi cultural heritage, archaeology and history. Her research concerns Forest Sámi society in a long term perspective. She also investigates the deportations of Sámi from the middle of Sweden in the 17th and 18th centuries, as well as the history writing concerning these events, analyzed from a postcolonial perspective.

Project: The relationship between humans, climate and societal change in history from an indigenous perspective. The project will investigate the link between societal change and climate change, within Forest Sámi culture and in Maya culture. The project will also look into how research on Indigenous knowledges may contribute to a sustainable society. The project is a part of Fil. Dr May-Britt Öhman’ s research project ”Indigenous perspectives on climate change” FORMAS dnr 2017-01923. 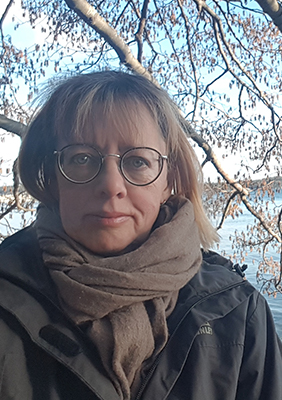 Eva Charlotta Helsdotter, has a PhD in Land and Water Resources Management and is an Associate Professor in Water Security. She has been an international research leader in land and water related research, e.g. in Bolivia, Nicaragua, Kenya and Tanzania and in national environmental and sustainability projects. She has investigated  drinking water supplies and designed protection needed to ensure good water quality.  The last ten years she has been involved in research projects in Sápmi. 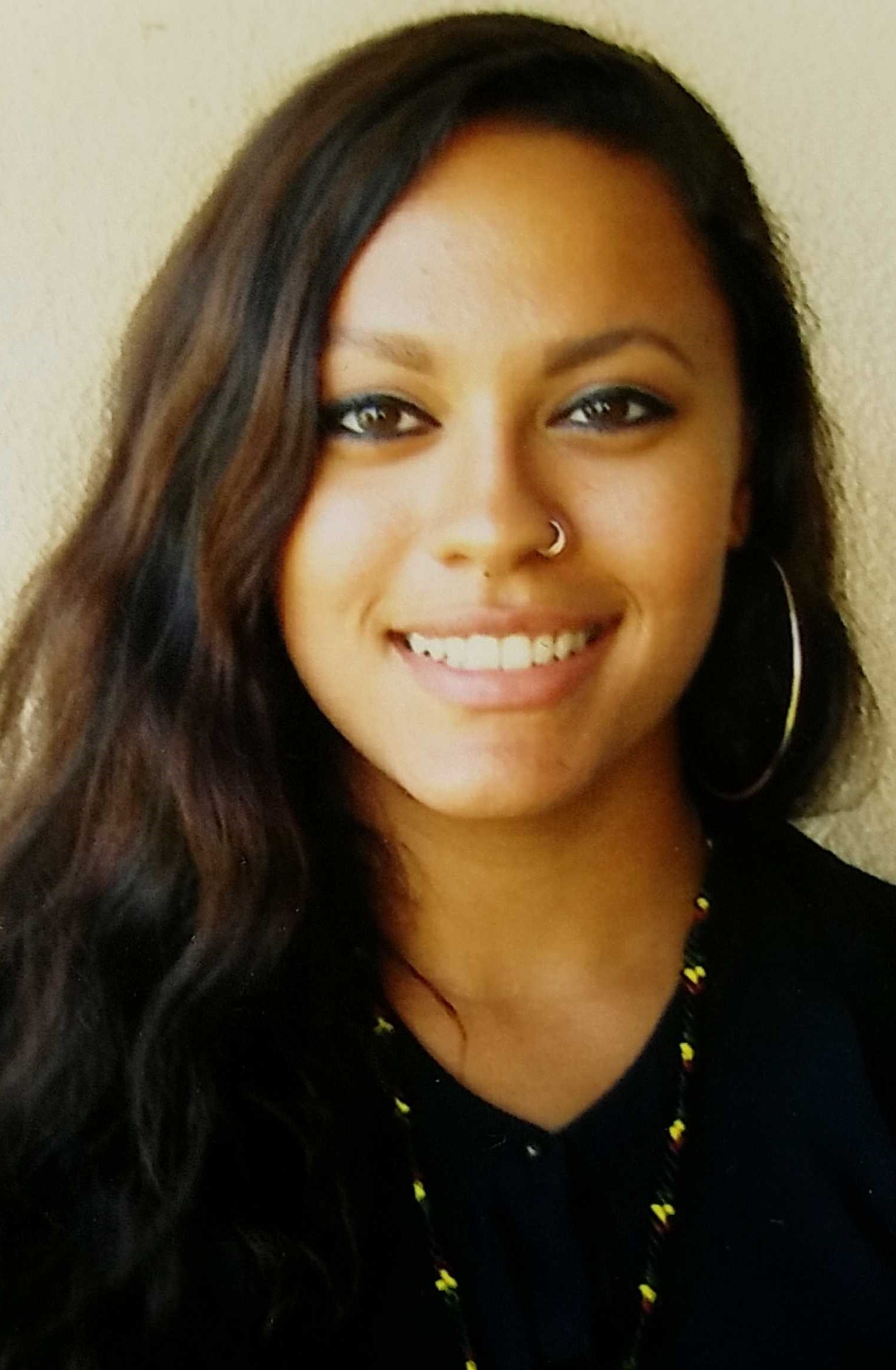 Jasmine Kelekay is a PhD student in the Department of Sociology at the University of California, Santa Barbara, with an interdisciplinary emphasis in Black Studies. Her work explores the relationship between racialization and criminalization, with a particular focus on constructions of Blackness, the institutionalized social control of African diasporic people, and the ways in which these people construct and enact counter-hegemonic identities and discourses in response to racial oppression.

Kelekays dissertation project is a multi-sited ethnographic study of the global circulation of racialized political discourses of crime, and how this climate in turn impacts the everyday experiences of policing for Afro-Swedish communities in Stockholm and Malmö and Black immigrant communities in New York City. 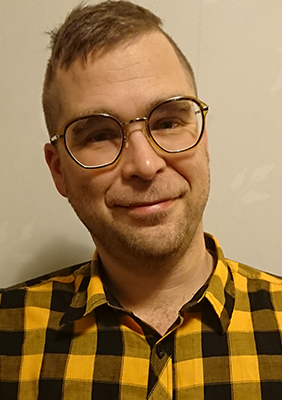 Markus Lundström is researcher at Multicultural Centre and coordinator of the Network for Nordic Fascism Studies (NORFAS). His research includes fascism and racism, historiography and temporality, anarchism, and social movement studies. 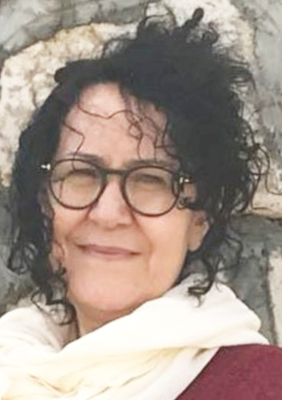 Minoo Alinia is associated professor in Sociology. I her research she has studied different aspects of post-colonial migration, diaspora identities and mobilisations; nationalism and racism; gendered racism and hegemonic feminism; honour, manhood and violence; intersectional oppression and challenges for resistance and activism; knowledge production, agency and violence; the relationship between research and policy development in the intersection of gender and ethnicity; Kurdish Studies. 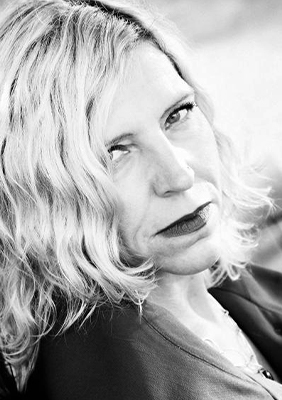 Ulrika Dahl is a cultural anthropologist (PhD University of California, Santa Cruz) and professor of Gender studies. Her research interests include queer and feminist politics and theory, anti-gender movements, critical whiteness studies, intersectionality and decolonizing knowledge production. Ulrika’s current ethnographic research concerns LGBTQ families and the biopolitics of race and nation in Scandinavian assisted reproduction. She leads the research network Nature as Culture: The (re) production of common sense at Uppsala University. 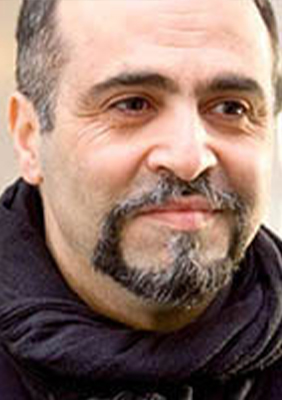 Shahram Khosravi is Professor, Director of studies (advanced level) at Stockholms University. In 2003 he published his doctoral thesis "The Third Generation: The Islamic Order of Things and Cultural Defiance among the Young of Tehran". Shahram Khosravi's research interests include anthropology of Iran and the Middle East, migration, human rights, forced displacement. 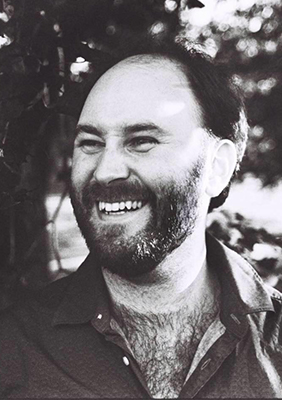 Erik Hansson is a postdoctoral researcher at the Department of Geography, NTNU, Trondheim.
He got his doctor degree at Uppsala University in June 2019 with his thesis on the Swedish society’s reactions to the presence of begging EU citizens. The method was mainly textual analysis while the theory was a psychoanalytic critique of ideology, inspired by the works of Slavoj Žižek. He is now part of a research project at NTNU that critically investigate the concept of ‘social cohesion’, in relation urban local communities.  His own research project within this project, is about experiences and politics in municipal swimming pools. 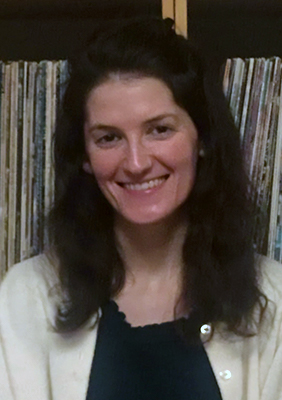 Doron Eldar, is a doctoral student in the Department of Economic and Social Geography at Uppsala University. Her work explores the ways in which white ignorance is manifested through the landscape of memory and the ways in which it is challenged.

Her dissertation examines the European landscape of commemoration and efforts to excavate the history of colonialism and slavery, which continue to be subjects of selective amnesia. Her research aims to identify “new” narratives that recontextualize Europe in time (through historicizing it) and space (as a project inseparable from other and othered geographies). 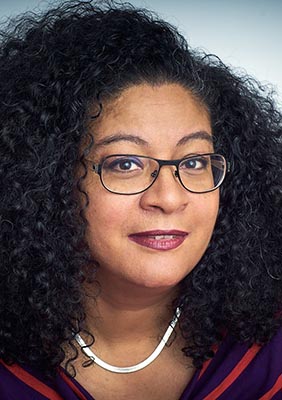 Ylva Habel is an Assistant Professor in Media and Communication Studies, and Researcher in the field Anti-Black racism. Her research draws on Black studies, the African Diaspora, postcolonial, critical race and whiteness studies, and specifically revolves around the affective economy of Swedish exceptionalist, colorblind discourses.

With an interdisciplinary background in cinema studies, her analytical approach entails an interest for combining these perspectives with the optics of media history, visual and material culture. In her upcoming research, she will focus upon kindred discursive logics in recent Swedish and Dutch media debates, and examine the ways in which Blackness figures in relation to perennial welfare state values. 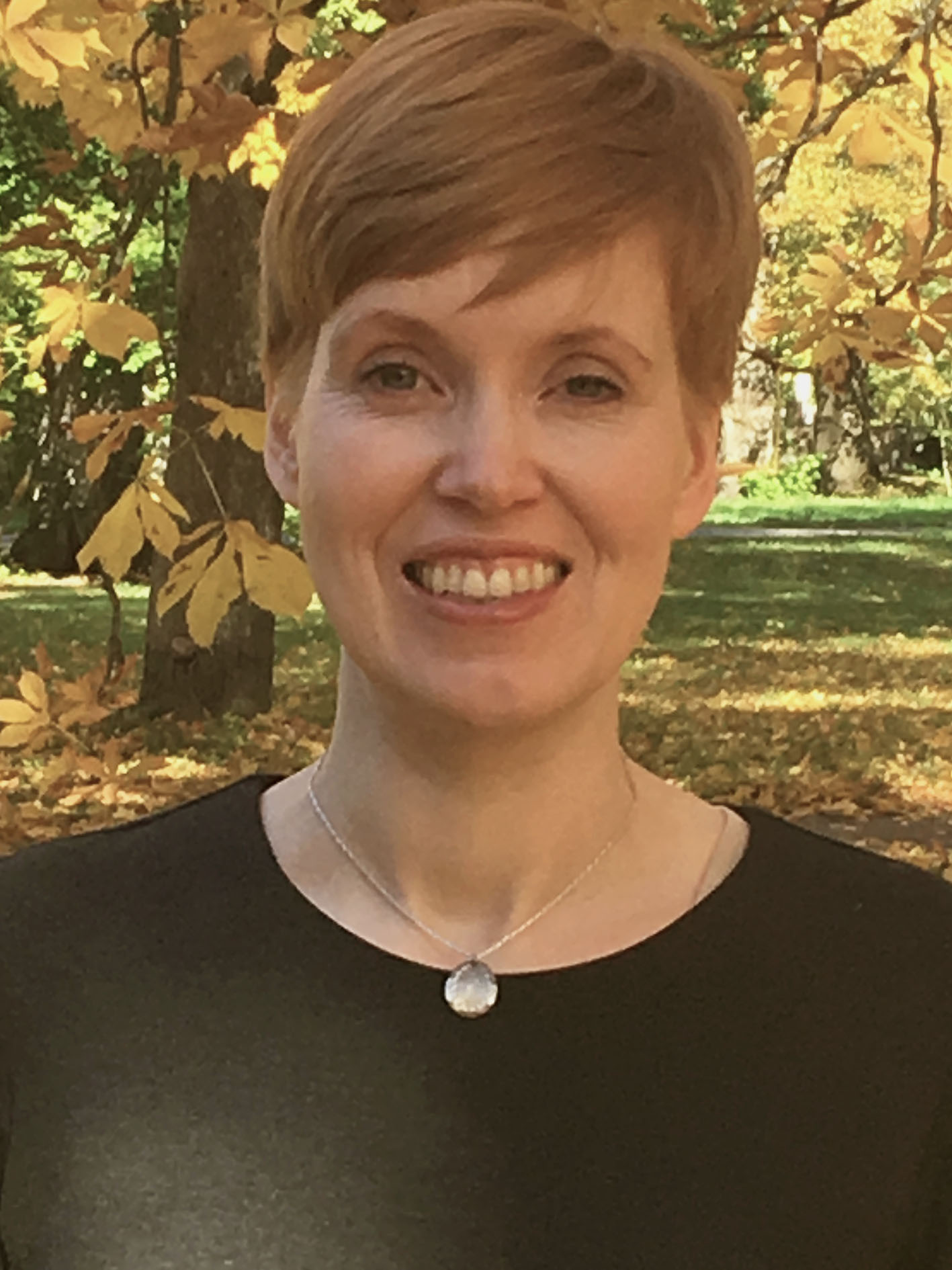 Karin Eriksson is a doctoral student in Scandinavian Studies at University of Washington, USA, with a specialization in Feminist Studies.

Project: Her dissertation project explores Swedish colonial processes in Sámi context, with focus on contemporary Swedish settler colonialism. Eriksson engages with ethnographic methodology and is specifically analyzing the process for Stockholm to become a Sámi förvaltningskommun (special administrative area), and a museum project in central Sweden. She focus on these projects' intersections with indigeneity, politics of recognition and colonial entanglement. 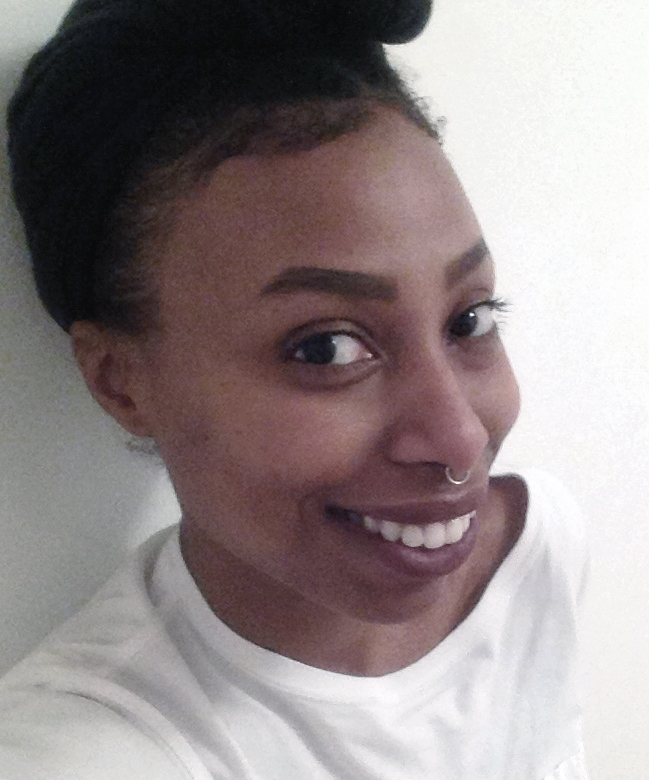 Jan-Therese Mendes is a PhD candidate in the Graduate Program of Social and Political Thought at York University, Canada.

Mendes’ dissertation research centres on the utility of “negative” affects in the racial strategies of nation-making in Canada and Sweden; the fear of Black and Muslim Others as a “pleasurable” feeling; rhetorical suicide; as well as, performativity and unintelligibility in relation to Black Muslim women’s wearing of the hijab. 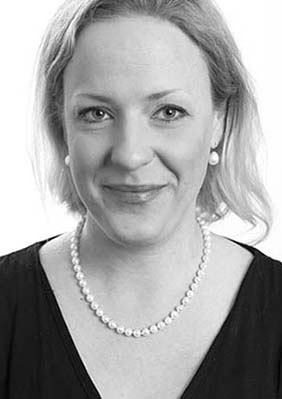 Anna-Sara Lind, Professor in Public Law at the Department of Law and Director of research at Centre for Multidisciplinary Research on Religion and Society Research (CRS Uppsala), Uppsala University. Her research focuses on public law broadly defined; how European Union law affects legal development within medical and social legislation, and how liberties and rights can be ensured in a complex constitutional reality.

Coordinator for the multidisciplinary initiatives of the Faculty of Theology.